We Were On A Break.

Wauw.. what a break. I even made a few attempts to start writing this post, but never finished. See below, I have proof!

Haha, did you notice how I switched from “duizend foto’s” tot “miljoenen foto’s” real quick? Try to imagen how many they are now, 2,5 years later. But ok, you can say and trust that I am truly back on that blog-writing-and-keeping-it-updated-horse. Well.. still in my own style. That means that horse has its own timing and doesn’t really has a set schedule. I guess you can say it’s a wild horse.  I’ll also be posting “in the past” by the way. Just to keep my timeline nice and neat (the wild horse has a bit of OCD). But let’s get to it! Continuing my 11th week in Portugal: Faro. 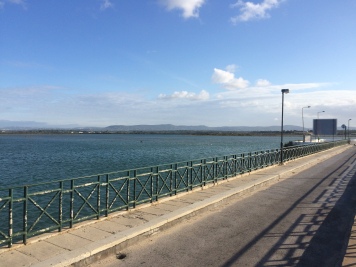 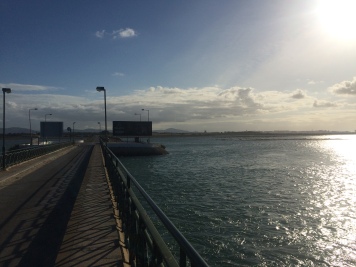 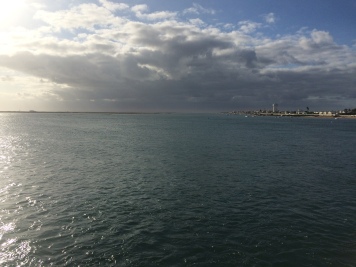 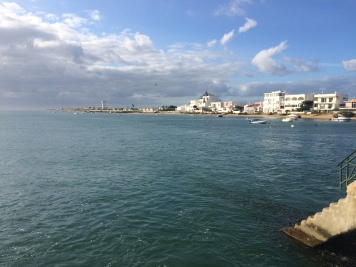 This week started with a nice surf session and noticing some peculiar school of fish around the bridge. Not much to say about it actually, but it was nice to see! My next highlight of the week came the day after, on the 1st of May. I officially finished my internship on Bloco de Partos, said my short goodbye’s, ‘short’ because I was literally around the corner starting my first shift on the MIC (maternal intensive care), when Claudia came running saying “come and do the parto!”. At first I didn’t understand what she was talking about, because on the MIC we’re supposed to keep the babies in or either transfer the mothers to Sala de Parto to deliver the baby there. But I ran, I just followed and thought “heck, let me go do the parto”. Claudia left the MIC, turned around the corner, entered the doors of Sala de Partos and continued to the third delivery room. Opening the doors and turned and looked at me with a face that said “enter!” all over. I did, saw a young gravida already in birthing position and heavy contractions on the bed with Lurdes standing at the end of the bed saying “come and do parto cinquenta.. the cake will be for me”.

And just like that I did my 50th birth. A beautiful one, on a special day for me that made the day even more special now. A baby girl called Sofia brought on this earth by her linda mother Linda who has the same birth year as I have. Just beautiful! Not just a highlight of the week, but definitely a highlight of the internship and my midwife-life. It was also a perfect way to finish my Sala de Partos era and to camouflage the tears.

Next to this birth Lurdes (left in picture) also brought another gift: food! She made a traditional cake from her region Monchique, Bolo de Maio, which is eaten annually on the 1st of May. Sandra (right in picture) shared her potato dish and Lurdes again a piece of her Alheira, a type of Portuguese sausage made of meats and bread. What a day.

For the upcoming posts start preparing for lots of pictures. I smell a Dampoe coming.

..Oh and just a quick mention, but you already noticed by now, that from now on I’ll be doing the blog in English.
Danki.

View all posts by Tashmness