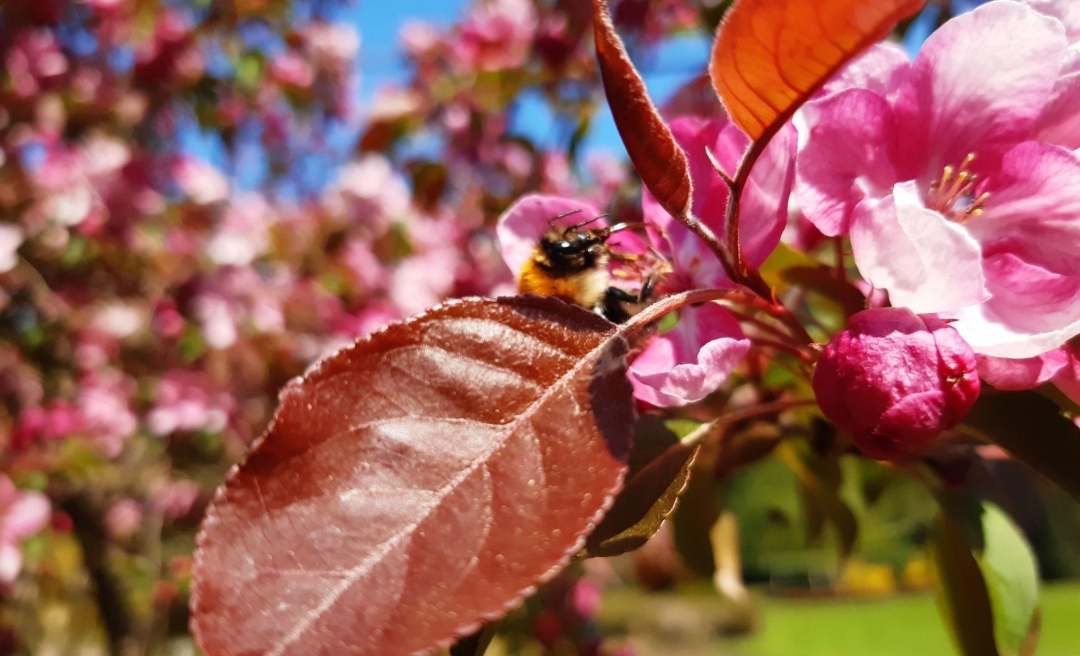 [WID0018] Guest Post by Maartje: Thank God Throughout Everything

I’ve always liked to write. I have kept some of the diaries from way back in the day and they are full of cute spelling mistakes. Despite the major transformations I’ve gone through like everyone else, I’ve remained myself at heart: imaginative, creative, passionate and… a chatty person. But what if you can’t always speak out your heart? What if you no longer live in your own country and it takes at least five hours in total to see your family/friends? What if you have a man who is very sweet but also rational and wants to get back to the daily chores after a certain period of time (like most men)? Then, my dear readers, you write. Or call your friend, who is as chatty as you are! That also works very well.

But right now I choose to write. Simply because there is so much going on in my head that I just have to see it on paper. Sometimes I step into prayer in this state and then I think, what a job it’ll be for God to figure out what I need now out of this tanglement. Do you recognize this? The great thing about God is that – even if you give God a minute – He knows what you need even before you decide to pray. He knows before you discover it (sometimes years later), what beautiful things await you. God is faithful. God is almighty. And I’m so grateful, although we went through a hard time. Gratefulness: that’s what I want to write about.

Philippians 4:6-7 [KJV] – Be anxious in nothing, but in everything, by prayer and supplication, let your desires be made known to God with thanksgiving; and the peace of God, which passeth all understanding, shall guard your hearts and your minds in Christ Jesus.

This bible verse is pretty much my elixir of life. After I meditated with this text, my life really changed. I discovered this verse while living with a Christian community in France: Chemin Neuf. I chose to volunteer there for 6 months as a ‘thank you’ for the 3 months training (theology, personal development and life in fraternity) and to deepen and heal my own life.

At the moment I read this text, I was worried about everything, I had mountains of desires and I did not have peace in my heart. I understood that something had to change drastically, but what exactly? As I prayed with this verse, I noticed that after praying and supplicating for that which you desire, it is written: Let it be known to God with thanksgiving. We can fold our hands, close our eyes, and make known to God with prayer and supplication what we desire. But do we also thank God afterwards? I will come back to this in a moment.

First I want to talk about the first part: prayer and supplication. We can pray for prosperity in finding a suitable education or work, for clarity about our mission, for guidance in finding a partner, for blessing in having a child, we can beg for the health of a loved one or ourself, etc. Thy will be done, Amen. is often how I end the prayer. This is very important, because Jesus taught us to pray this if we didn’t know how. In His way of praying in Gethsemane, He shows that we may leave ourselves in God’s will, for His will is good, even if we don’t see it yet. This sometimes asks a lot of us. We may have to breathe deeply a few times and put the misunderstanding of the pain we feel in God’s hands and let it go… Can you do that?

This requires a lot of patience with yourself and time. Sometimes it will not be easy, because the misunderstanding is too great. But I assure you that in the moments when I suffered the most, it was then that I felt that God heard my prayer and my pleading, took on my suffering, even though He did not immediately change the situation like the weather does. But He took away my heavy burden and gave me peace. And that peace was enough for me to move on, like the angel who came down from heaven and strengthened Jesus.

Jesus took on the greatest suffering, something we can never imagine, even though we know very well what suffering is. He begged, as we do, for God to please change this situation (let the cup pass me by). Immediately after this supplication, Jesus said: Let Thy will be done. And indeed, it happened that Jesus had to suffer on the cross. He was humiliated, kicked and beaten, He was nailed to the cross, but He went through all of this in peace. After three days He rose again and completed what God’s plan was: to forgive us all of our sins. Something miraculous and incomprehensible.

Jesus also taught us the Lord’s Prayer in Luke 11, when a disciple fell on his knees and begged that Jesus would teach them to pray:

Luke 11:1-13 – Once Jesus was praying, and when he had finished his prayer, one of his disciples said: ‘Lord, teach us to pray, as John taught his disciples’. He said to them, “Say this when you pray: Father, may Thy name be kept holy, your kingdom come; give us our daily bread every day, and forgive us our sins, for we ourselves forgive all who are indebted to us. And let us not be tempted.” (…)

Now I come back to the part from Philippians: Let it be known with thanksgiving. What has this Bible passage changed so deeply in me? In times when I suffered so much, entrusting my supplications to God and asking if His will be done, I didn’t always think about thanking God for all the beautiful things. When you suffer, you first see everything that is not going well, that is painful, sometimes even unbearable. But something wonderful happens once we make God a part of our pain and put it in His hands and we thank Him for everything in our lives. Can you imagine what that wonderful thing is? First read this next Bible verse from Isaiah:

Isaiah 40:31 [BB] – But those who trust in the Lord will find new strength. They will soar like an eagle. They will walk, but not tire. They will continue, but not be exhausted.

Just think. You are facing great suffering. You have lost something or something went differently than you had hoped. You put it in God’s hands, you ask God if He sees your deepest wish and He (if it is His will) makes it right. And then you take a deep breath and exhale gently to give God a sea of ​​thanksgiving.

Do you feel that? The sun rises in our worried hearts. We feel peace. God makes it possible through our thanksgiving that we can move on. That we can see everything clearly again, despite the ordeal we are now going through. He raises us up with His Holy Spirit. He gives us new strength through this thanksgiving. Thanks to this prayer of thanksgiving we can move on, with new energy.

God invites us every day to come to Him. He gave you the incredible miracle of living here on Earth, growing from a few cells into a healthy fetus that came into the world and grew into a mature, independent person with character, surrounded by other miracles. He wants us to remember where we came from: from His loving creative Hand. God alone can fill our hearts with what we really need: peace. That is our strength to be ready for storms and trials in life. This will keep us hopeful despite the pain. For God knows our deepest desires and will someday fulfill His promises, as long as we trust in Him.

Now I think of a book I read 5 years ago: Seeking Peace by Johann Christoph Arnold. I recommend this book for you to read. And for some musical background while we give thanks to our Lord and Father, I recommend you to listen to this famous revival song “The Power of Your Love” (Dutch: De kracht van Uw liefde), close your eyes and take it to heart.

Lord I come to You, take my heart change me
When I meet you, I find peace with you
For Lord I have found that when I am at Your feet, pride and doubt give way to the strength of Your love
Hold me, let your love flow
Hold me very close to Your heart
I feel Your strength, and soar like an eagle
Then I float on the wind, carried by Thy Spirit, And the power of Thy love. (…) †